RICS bows to pressure and sets up inquiry into governance furore

The Royal Institution of Chartered Surveyors (RICS) has said it will now set up an independent review into a scandal which erupted last week over allegations that a report criticising the group’s governance had been suppressed.

Last night’s U-turn follows a vote by the group’s governing council which voted to hold an independent inquiry into the affair two weeks after the RICS said one wasn’t necessary. 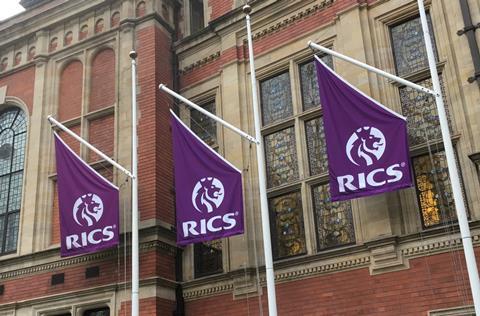 The RICS had asked BDO to look at its treasury management in late 2018 with the report coming out early the following year.

The accountant warned the organisation was at risk of “unidentified fraud, misappropriation of funds and misreporting of financial performance”.

The report was not initially shared but four non-executives – Amarjit Atkar, Bruce McAra, Simon Hardwick and Steve Williams – flagged up worries when they found out about it.

But they were dismissed in November 2019 by then president Chris Brooke, now the chairman of the RICS governing council, after they raised concerns it had been sat on.

In a joint statement, the four ousted directors said last week that they could not “reconcile the institution’s published values with some of the behaviours we have observed and to which we have been subjected”.

Four former presidents called for an independent inquiry, demanding to know why the “highly credible individuals” were ousted.

In a statement released last night, the RICS said: “The Governing Council of RICS today voted unanimously to proceed with an independent review into the events that took place in 2018/19, the outcome of which will be made public.

“Having listened to the views of members in recent weeks, and appreciating their need for further reassurance, [the] Governing Council has decided to appoint an experienced, fully independent individual to undertake the review according to terms of reference which it will set.”

The statement did not say who will undertake the review.

It added that, following the “wide range” of concerns raised by its members in recent weeks, the organisation would also undertake a “comprehensive” review into the “ongoing purpose and relevance of RICS in 2021 and beyond”.

In a joint statement, Brooke, current president Kathleen Fontana and chief executive Sean Tompkins, said: “We welcome this important decision taken by the governing council and lend our wholehearted support to the implementation of an independent review.

“We have listened to our members carefully, and we are confident that decisions agreed by Governing Council today are in the best interests of RICS and its members.”

A RICS spokesperson told Building the recommendations in the BDO report had already been covered by three other reports, with two reviews already underway and due to be completed by May.

The spokesperson added that RICS is unable to disclose why the four directors were fired because of contractual issues.

The RICS has also come under fire for paying its bosses bonuses, despite furloughing 200 staff during the covid-19 pandemic and making a further 140 redundant.

The spokesperson said only about 30% of the bonus pool was awarded during the 2019/20 financial year, with the payments agreed by an independently chaired remuneration committee advised by Mercer, an independent external consultancy.