Richard Rogers’ practice has again flagged up worries about recruiting staff from the EU when the UK leaves the bloc at the end of October.

And Rogers Stirk Harbour + Partners (RSHP) admitted that workloads, which fell 10% in 2018, look set to fall further this year with the architect warning that the ongoing impasse over Brexit and the “ever-changing fashion for constructing buildings” are eating into its turnover.

RSHP said it expected the UK’s departure from the EU to hit its ability to bring in staff from Europe as well as harming its chances of winning work there.

After the UK, Europe is the architect’s second biggest market with the firm carrying out £6.3m of business in the region last year.

In a note accompanying its latest annual accounts for the year to June 2018, filed at Companies House, the firm said: “We continue to be worried about how [Brexit] will affect not only our own recruitment and retention of the best architectural talent from across the eurozone but how it will affect the wider UK architecture industry.

“Of particular concern will be our ability to compete for EU public building commissions in a post-Brexit world.”

The firm, which is based in the Cheesegrater building it designed in the City of London, has close to 190 staff – down from 209 following a redundancy programme – who come from 25 different countries.

It added: “Our practice seeks out the best young talent in the world. [But] this ability may now be hampered by the consequences of the Brexit negotiations.”

RSHP also warned it expected turnover to fall again for its current financial year which closes at the end of this month.

In the accounts, which were signed off last week, it said: “Our current projections indicate the forecast turnover could further decline in the current year as we see a constriction in the UK market with a greater percentage of turnover coming from outside the UK.”

It added Brexit and the “ever-changing fashion for constructing buildings…have all contributed to the level of uncertainty and anticipated reduction in turnover”. Business in the UK fell more than a quarter last year to just under £10m.

The firm, which has now completed work on the Macallan Distillery in Scotland, for which it won a RIAS award for last month, and a new spy museum in US capital Washington DC, said trading in the period had been “tough” which saw overall turnover slip 10% to £29.6m. Pre-tax profit was down a third to just over £5m. 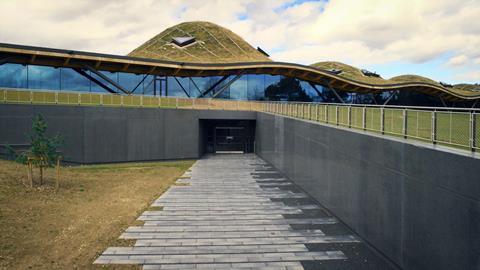