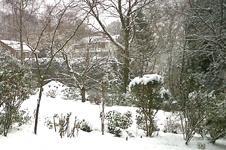 Rok has issued a profit warning on the back of a weak performance by its maintenance and improvements division.

In a trading update this morning, the firm blamed poor trading on the severe weather conditions at the beginning of the year.

It said: “Our expectation at the time was that these conditions would result in a backlog of work, so that the impact would largely be one of timing. This has so far been the case and the backlog is being progressively reduced. The recovery process is taking time and there will therefore be an impact on profits for the first half of the year.”

In a separate move the £715m-turnover company has shaken up its plumbing, heating and electrical arm, which it said has been “trading below expectations”.

The company has terminated what it called “a number of under-performing contracts”.

Rok said its other divisions, including social housing and construction, were performing in line with expectations.

In construction, it said it was being more selective with the jobs it took on in order to bolster its margins.

The statement added: “Our total forward revenue expectations under secured orders and long term framework agreements currently stand at £2bn giving good visibility for the remainder of the year and beyond. Secured and visible revenues for the current year are now 91% of consensus forecast revenue.”

Its shares dropped 8% to 35.5p in early trading this morning.