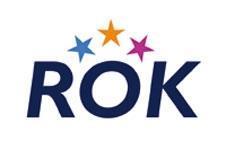 Rok is to cut a total of 750 jobs following a profit warning for the third quarter of 2008.

The figure represents a 15% reduction in the contractor’s total workforce, predominantly in white-collar roles.

The share price of the UK contractor fell more than 50% to 35p in early trading.

Rok blamed the credit crunch for an expected £120m fall in 2008 turnover from previous predictions. It is expected to hit the bottom line by £12m.

Rok announced that committed projects totaling £150m had been cancelled or deferred because customers were “unable or unwilling to access cash linked to the current banking sector crisis”.

The firm’s warning referred to contracting, small building works and social housing operations from both private and public sector clients.

A Rok spokeswoman said the company was still looking to recruit 500 people in its maintenance division reducing the overall net lost to 250.