Rydon Construction has been fined £500,000 after a worker died from injuries sustained in a fall at a building site in west London. 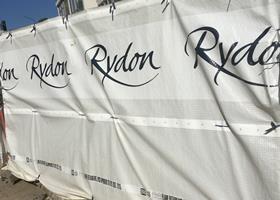 Southwark Crown Court heard how, on 24 July 2015, Vasile Nichitut was working on the fifth floor of the construction site at the Green Man Lane Estate, when he walked onto a temporary platform covering a vertical shaft, which collapsed beneath him. He fell approximately 14m and died as a result of his injuries.

Rydon Construction Ltd, of Rydon House, Station Road, Forest Row, pleaded guilty to breaching Regulation 13(1) of the Construction (Design and Management) Regulations 2015, and was fined £500,000 and ordered to pay costs of £40,740.88.

Another firm, Oliver Connell and Son Ltd, of Zanrose House, Horsenden Lane South, Greenford, pleaded guilty to breaching Regulation 4(1) of the Work at Height Regulations 2005, and was fined £360,000 and ordered to pay costs of £4,834.08.

An investigation by the HSE found that Oliver Connell and Son Ltd had failed to ensure that work at height was properly planned, appropriately supervised and carried out in a safe and practicable manner. Specifically, there was no temporary works design for the platform and the company’s system for installing and inspecting it was inadequate.

The HSE said Rydon had failed to plan, manage and monitor the work involving the temporary platform to ensure that construction work was carried out without risks to health or safety, failed to identify the lack of design drawings and carry out suitable checks on the platform.

After the hearing, HSE inspector Owen Rowley said: “The consequences of temporary works failing can be dire. All contractors involved must ensure that an effective system for managing the temporary works on site is established and adhered to. Crucially, all temporary works require a design to ensure that they are suitable for purpose.

“In this case the failure to manage the risks associated with temporary works and work at height led to the entirely preventable death of Mr Nichitut.”