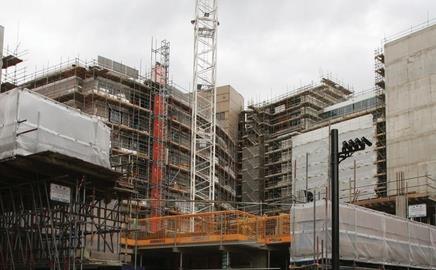 The Health and Safety Executive (HSE) is to launch a blitz on refurbishment sites early next year in response to a sudden increase in accidents in the sector.

Plans for the crackdown follow recent HSE figures showing that one in three refurbishment sites pose a danger to workers.

The move coincided with the holding of an industry forum in safety standards, chaired by Peter Hain, the work and pensions secretary. This led to a series of measures being agreed between the industry and government to address construction’s safety record, especially in housing and refurbishment. These include proposals that all workers in the housebuilding sector should carry a CSCS card, and that trade union representatives should be present on all projects.

A Strategic Forum taskforce is to meet the government in December to review progress.

Stephen Williams, head of the HSE’s construction division, said the executive’s recent blitz of sites, which led to enforcement action on 426 occasions in two months, would be repeated in the spring.

He said: “It’s extremely likely that we will repeat these exercises early next year, in view of the conditions we found. We are learning the lessons of this targeted campaign, and we look forward to a second targeted campaign next year.

He added: “We’ll make sure that everyone knows it’s going to happen. Hopefully that will have an effect on improving safety on sites.”

The Strategic Forum’s health and safety task group will report to the government on the progress of the campaign by the end of the year.

Hain said the forum would not be a regular event because action was needed now to tackle deaths.

“I don’t want this to become a ritual; this should just spark a lot of action to work together in bringing these figures down.”

50% of these deaths occurred onhousing sites

23 deaths were caused by falling from heights

67% of deaths occurred on small sites

Three workers have been killed or seriously injured in a series of accidents in the week the industry met to address its safety record.

The accidents, two of which occurred in the housebuilding sector, illustrate the urgency of the task facing the industry. Several major firms, including Kier, Mace and Land Securities, were involved in the sites where the incidents occurred.

Last Friday a 20-year-old Kier Western employee was struck by a skip that fell from a telescopic handler on the Cattedown Enterprise site in Plymouth. Three days later, a John Doyle employee sustained injuries on Land Securities’ Wilton Plaza site in Victoria, London, (pictured) after being hit by a steel beam. Police temporarily closed the site.

On Wednesday 12 September, a 19 year old was killed by bricks falling off a palate during an extension to domestic premises in Troon, Ayrshire.

The Health and Safety Executive is investigating all three incidents.

How well did the conference address the issues? Email us your views at building@cmpi.biz or follow the What You Think link on the website