A £125m deal to turn part of Birmingham’s Jewellery Quarter into new homes and retail has been sent into city planners.

Drawn up by local practice Glenn Howells Architects, which is also working on Argent’s Paradise scheme in the middle of the city, the job will include over 300 homes along with office, leisure and retail space.

It is being developed by a joint venture between Galliard Homes and Apsley House Capital and will built on the site of the former AE Harris factory.

The firm, which was founded in 1880 and specialises in manufacturing components, has been based at the site in Northwood Street since 1964. It will relocate to another part of the city.

Work will involve building 20 buildings between two and five storeys. The site includes two grade II listed buildings which will be preserved. 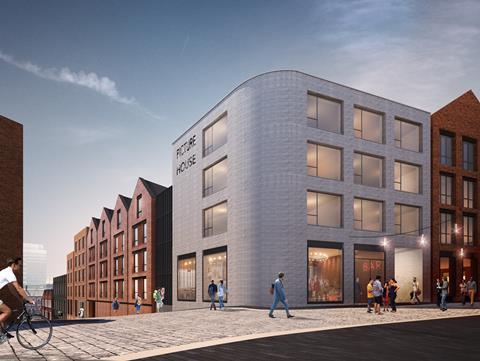 The scheme will take five years to complete 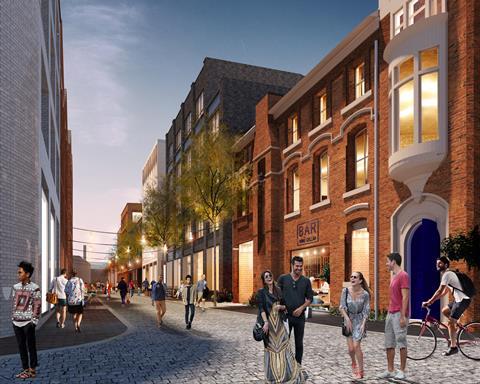