School fined £2,900 after man was burnt on site by flaming sawdust 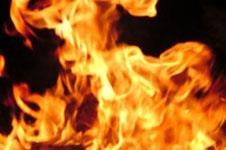 A school has been fined after it failed to give builders proper instructions for carrying out its building and maintenance work.

St Bede's Catholic Science College was fined £2,000 and ordered to pay costs of £900, after a man was burned by flaming sawdust while removing an oil tank at the site. Sawdust had been used to soak up waste oil from a tank being removed but when builders cut up the tank with an angle grinder, sparks set it alight.

The prosecution was brought by the Health and Safety Executive after an investigation into a fire at the school in September 2007 when the man was injured. Jo Anderson, the HSE inspector who investigated the case, said: "This case highlights the extra need to work safely at schools, and to plan properly so all the risks are taken into account.

If the school and the builders each knew what the other was doing, this incident would not have happened, and the worker would not have been injured."