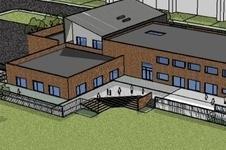 Thousands of school modernisation developments in England can begin 12 months early, after £919m was brought forward in a bid to boost the construction industry.

Over 100 local authorities in England will share £499m, brought forward from 2010-11 to the coming financial year, after bidding for capital investment was made available in last November's Pre-Budget Report.

Balls has also accelerated £390m of capital funding transferred direct to every school head in England to invest in smaller projects as they see fit, such as building new classrooms or science laboratories.

The announcement comprises a key part of the government's fiscal stimulus package to boost the economy in the downturn.

Children's secretary Ed Balls said: “The construction industry is one of the keys to a strong economy. We will never forgive ourselves if we turn our back on it during the current tough times and do not sustain it for the future.

“Accelerating £919m by 12 months is going to give immediate support to thousands of small and medium-sized businesses fitting out these new facilities.”