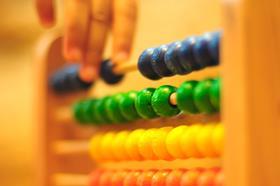 The consortium behind the Edinburgh PFI schools saga has had £1.5m in monthly fees withheld while the schools are being repaired, it has emerged.

It also emerged that there is no timetable for repairs to the 17 schools, damaged by storms in January, as the structural surveys are still ongoing.

Amey and Miller Construction, which was bought by Galliford Try in 2014, will carry out the remedial works once the surveys are complete.

Amey will carry out repairs on 13 schools, which were built by an Amey/Miller Construction joint venture and are known as phase one of the PFI contract. Construction of the schools in phase one started in 2001 and was completed in 2003.

Galliford Try will be responsible for remedial works on the remaining four schools, known as phase two and which were completed in 2005.

The firm has a contractual responsibility to carry out repairs on the four schools as they are still covered by the 12-year defects period in the firm’s original contract.

Amey has been subcontracted by the PFI consortium for the repairs to phase one, but does not have any contractual responsibility to do so as the defects period for the first phase has passed.

Amey and Miller Construction won a £360m PFI contract to build and maintain the schools in 2001, leading a consortium called the Edinburgh Schools Partnership (ESP). But both firms have since sold their stakes in the partnership, which is now owned by investment funds including 3i and John Laing Infrastructure.

A spokesperson for the client, Edinburgh council, confirmed the local authority has withheld this month’s £1.5m fee and said the council is in “daily contact” with ESP and that its “contractual obligations form part of those discussions”.

The spokesperson added: “The council will be applying all contractual terms which includes deductions for non-availability of buildings.”

When asked how long remedial works will take on the schools, an ESP spokesperson said: “When the structural surveys are complete, we will be in a position to clarify timescales for repairs.”