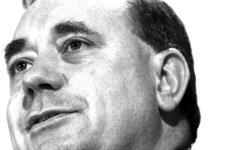 The Scottish government have announced their intention to introduce a new housing bill over the next year which will effectively end the right-to-buy system for social housing.

The SNP government said this highlighted their commitment to safeguard social housing for future generations, which one in four Scottish households rely on. The right-to-buy act has seen half a million council homes sold off in Britain since it was first introduced in 1980.

The bill will see a social housing charter set new standards tenants can expect from social landlords. Modernised regulation through a new social housing regulator, will target those landlords who are failing to meet the standard.

These reforms should enable up to 18,000 homes to be retained over the next ten years, while promoting the interests of tenants.

The SNP said it was investing £1.5 billion will in affordable housing over the next three years, to launch a new generation of council house building.

Alex Salmond, Scottish first minister, said: “Social housing provides a secure and sustainable alternative to home ownership for 600,000 households in Scotland. Our Housing Bill will safeguard that housing for future generations by ending the right-to-buy for all new-supply social housing.”