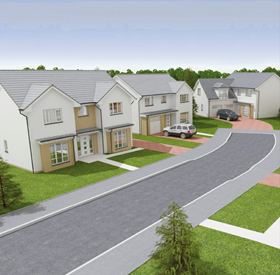 AIM-listed Scottish housebuilder Springfield Properties has snapped up Glasgow-based Dawn Homes in a deal worth £20.1m.

Elgin-based Springfield is part-financing the acquisition via a £15m share placing.

Springfield chief executive Innes Smith said the deal was part of the group’s plan to ramp up growth by expanding into new areas.

“Through the purchase of Dawn Homes, we have gained another foothold in another part of Scotland,” he added.

It is currently focused on building five new ‘villages’ across Scotland which will eventually see around 10,000 new homes built.