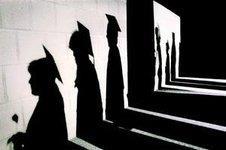 £15.3m rise stands in contrast to budget cuts in England

The Scottish Funding Council said 20 Scottish institutions would receive £1.12bn, meaning universities would be given £15.3m more than in 2009-10.

Most universities will receive the increased amounts of cash, with just two institutions – Stirling and Strathclyde Universities – given less money.

The news comes a week after three-quarters of English universities were told they would be facing severe budget cuts, as Hefce, which handles university funding in England, said they would receive £44m less than was expected.

The slash in funding will result in many building projects being mothballed.

In Scotland, the Scottish Funding Council labelled the increase settlement as “undoubtedly challenging”.

Meanwhile, the National Union of Students and the University College Union said the increase was a cut in real terms.