Server farms: Where the internet lives 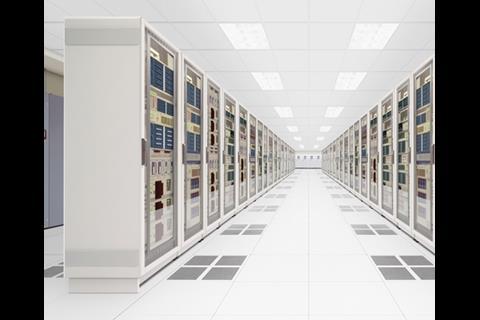 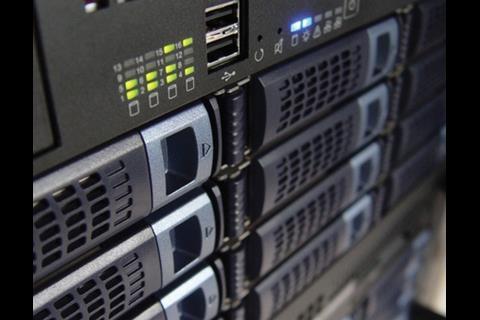 They may look like simple sheds but server farms are the nerve centres of the digital age. And considering they can cost up to £1,000/ft2, building them is big business for M&E contractors. Report includes sustainability discussion

Thousands upon thousands, rows upon rows of humming beasts are fenced into giant steel pens. They are constantly rigged up to feed a world addicted to what they provide. We’re not talking about agriculture, but a booming sector of the building industry – server farms. Our intense hunger for a computerised lifestyle has, since the dramatic growth of the internet in the mid-nineties, led to voracious demand for these giant data centres. As a result, the market in building them more than doubled last year. It’s a fast-moving market, with designs changing as rapidly as the technology that the centres store, and sustainability and threats from terrorism adding extra challenges.

Data centres are innocuous looking, if highly secured, buildings that appear to be little more than industrial sheds to the untrained eye. But that is deceptive. Inside, they are arguably the most technologically advanced buildings in the world, the lifeline for a population hooked on accessing the internet 24/7, 365 days a year.

So how big is the market? Well, pretty large, because these herds of servers locked up in their pens feed all the nation’s major institutions, from investment banks to government departments. CB Richard Ellis, a real estate adviser in this sector, says 105,720m2 of space was taken up in the first three-quarters of 2007 – the latest figure available. The cost of a jumbo data centre, say about 46,450m2, can rocket to over £100m. Once built, users, used to paying about £65/ft2 for even the most plush City office, will have to fork out between £500 and £1,000/ft2 to ensure the data servers feeding their web capability are secure, up to date and fail-safe.

The reason for the high costs is simple : if the servers at a major global bank fail then it is at risk of losing access to world markets and, as a result, possibly billions of pounds worth of trade. There’s also the need for triple back-up measures to ensure the systems do not fail and security to protect sites from possible terrorist activity or natural disasters. With technology changing so fast, some argue a data centre is out of date within three years, again leading to expensive overhauls – which means there’s plenty of potential for repeat business.

Andrew Jay, a senior director and head of CBRE’s technology practice group, says: “One of the most critical factors when locating a data centre is security. If you are an investment bank you need to know your servers will never fail as the consequences can mean loss of many millions if not billions of pounds. So server farms must be away from risky places, such as airports.”

With such a focus on technological requirements, about two-thirds of the cost of each data centre is spent on M&E contractors. And, while architects may lead on an office development, M&E consultants set the tone for a server farm project.

Robert Thorogood is a director at Hurley Palmer Flatt, which is one of the UK’s key players in the sector, both as an M&E consultant and structural engineer. He’s in no doubt as to how unique and specialist this sector is. “Data centres house a factory of IT equipment that has to be looked after carefully under a wide variety of conditions,” he says. “Load densities, resilience levels and environment are all discussed at length.”

Data centres are categorised in terms of resilience and reliability from tiers I to IV. Clients are currently demanding tiers III and IV, for which the M&E cost is likely to be at least 70% of the total construction cost. This splits into capital plant (up to half of the 70%) and installation. Thorogood says: “As with most buildings, the shell and structure have to be there first in order to install the equipment and systems. Typically long-lead items are generators, chillers and UPS systems, but also very importantly the steelwork to support it.”

Server farms have been accused of not being the greenest of buildings. They have huge generators to ensure constant supply in the event of a power outage, and each computer system, electrical component and server is powered not by one, but two leads, in case one fails. The heat these buildings emit is unavoidable, admit a number of players. While efforts are made to reduce heat emission, such as turning off internal cooling controls if the outside temperature can do the job naturally, it is a struggle to make such buildings greener.

Thorogood says: “There is huge pressure to make data centres sustainable. There is a large demand for energy, primarily driven by the IT itself (about 45% of the total) and the cooling systems (about 35 to 40%). Realistically, it is not possible to make data centres completely sustainable, but you can make them more sustainable and be more carbon efficient by a variety of methods.”

Sustainability tricks include using freecooling on chillers, variable speed drives on pumps and elevating chilled water temperatures. For planning, most notably in Greater London, the 10% – soon to be 20% – renewable requirement is key. For data centres this can only realistically be provided using trigeneration, which is similar to CHP with the added benefit of providing cooling with an absorption chiller.

Terrorism is another issue influencing how data centres are built. Just a year ago, Scotland Yard uncovered evidence al-Qaeda had been plotting to bring down the internet in the UK. In a series of raids, detectives recovered computer files revealing that terrorist suspects had targeted a high-security internet “hub” in London. The facility, run by data centre provider Telehouse Europe in the Docklands, houses one of the UK’s most important server farms.

With such threats, the cost of the build and high reliance on M&E, these projects are very demanding, which means changes are kept to a minimum. Thorogood says: “We are used to making changes at concept and scheme stages, but any later is a nightmare. We realise IT departments are likely to change their equipment line-ups, and so we build a degree of flexibility into the design, but the infrastructure has to remain unless the client is prepared to see a major cost impact.”

Procurement for such projects very much depends on the client’s requirements and degree of control it requires. Most clients want lots of control over the procurement and then want to unload the risk once procured, so they try to handover the major equipment to the main or key M&E contractors.

As the sector is tightly controlled by only a few big players (see box, below) those attempting to enter what is a lucrative market should remember that no major institution is going to trust a supplier without a proven track record.

CBRE’s Jay says: “The barriers to entering this sector are particularly high. Any firm considering entering the market should buy in experience from a rival or start small and build up a track record.”

It’s big business if you can get it. With the figures for 2007 set to show the market rose by about 150% on the previous year, there’s little doubt our hunger for the factory-farmed internet will continue unabated.

… and where they build them

There is no set formula, as each project is unique to a client’s requirements. They can vary in size from a 465m2 add-on to a company’s existing offices, or a bespoke 46,500m2 monster shed in areas such as London’s Docklands and around the M25.

The main requirements of a major build are: