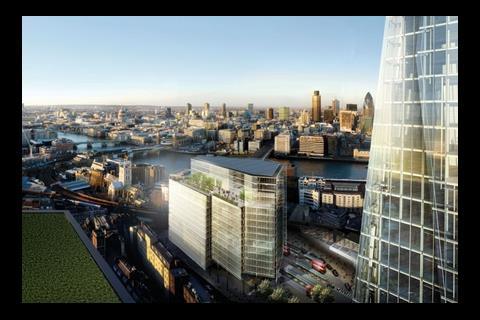 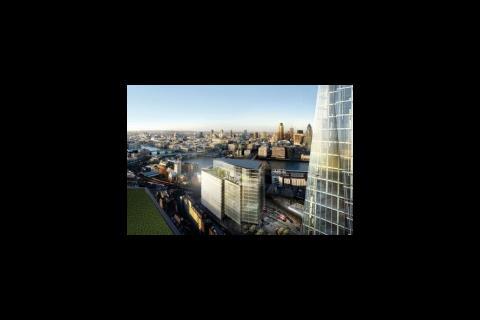 Status of 17-storey London Bridge Place will be reviewed, after site clearance is postponed

Work on the companion tower to Renzo Piano’s Shard in London Bridge has been delayed for “logistical reasons” by developer Sellar Property Group.

The developer will also review whether it will push ahead with construction of the scheme after demolition is complete in the new year, in the light of current market conditions.

Demolition work to prepare the site of the 17-storey London Bridge Place, also designed by Piano, was supposed to start this month, but has been delayed until later in the year.

A spokesperson for the wider London Bridge Quarter development said the tower’s backers would decide how to proceed once demolition had been completed, now expected some time in 2010.

Work began on the 87-storey Shard of Glass, which will be the UK’s tallest building, in March. Tenants, including Transport for London, are signed up to occupy the building from May 2012.

However, London Bridge Place is an entirely speculative scheme, and none of its 420,000ft2 floorspace has been pre-let. There is also 400,000ft2 of un-let office space in the Shard. Values for commercial property have fallen by 41.4% since its 2007 peak, according to research body IPD.

Contractors had been expecting tenders to be invited for London Bridge Place in the next few months, but the developers now expect to wait until the existing building, New London Bridge House, is demolished.

The London Bridge Quarter spokesperson said: “We can’t say when the contracts will be let. It’s not been mothballed, but demolition has been delayed. We will review the scheme when this is complete – the marketplace might have changed for the better in 12 months.”

Bernard Ainsworth, the project’s managing director, said: “It’s our intention the building will be finished six months to a year after the Shard.”