Rebranding as Homes England will see the agency lose its regulatory function, but gain powers to unlock development sites 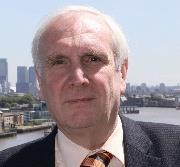 The Homes & Communities Agency’s (HCA) £25m investment in a private rental sector (PRS) trust fund is a sign of its changing role, according to the agency’s chairman Sir Edward Lister.

“Our new brief is about taking a more proactive role in speeding up delivery of house building, and our stake in the PRS real estate investment trust (REIT) is part of that,” he told the National Infrastructure Forum (NIF) this week.

The HCA was a cornerstone investor in the £250m REIT, which was floated by PRS specialist Sigma Capital last month.

As part of its new role, the Agency is to rebrand as Homes England, losing its regulatory function, but will gain greater planning powers to unlock development sites.

Lister said the agency is working with public and private organisations to accelerate delivery of all types of housing, but he called for housing associations to be more proactive in developing new homes.

“We need balanced developments, a mix of private and affordable housing in every community, and we’re agnostic who we work with to deliver that,” he said.

“To be frank, there are some housing association who at doing some great development work, but a lot who aren’t doing very much at all, even those with strong balance sheets.”

“There are enormous number of planning permissions out there which have not been implemented,” he said.

“Some of it is due to phasing. But we are interested in building out schemes fast, which gets the cost base down and generates the supply volume we need. We are a major funder of new housing and we will tie finance to speed of delivery.”

Tom Bridges, Leeds City Council chief executive, said this was the approach taken by the Yorkshire city, which is working with Keepmoat to develop 1,000 homes across 14 sites.

“We structure land deals for developers to build out a certain rate,” Bridges said.

“Some older planning consents are of a certain vintage and reflect different market conditions. But we need to send a clear signal to the market about the value of land.”

“The urban landscape is growing, and 55% of the UK population lives on just 8% of land – so the idea that we can’t build on other areas is dishonest,” he said.

“We’ve had a brownfield-only development policy for 20 years but most of the viable sites with good connections have now gone. We have to be realistic – if we’re going to hit the housing numbers required, we have to consider building on greenfield sites and the green belt.”