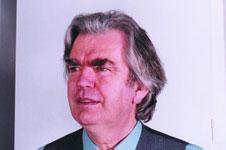 Architect Sir Terry Farrell has been commissioned to review the economic, social and environmental future for the Thames Gateway, despite the publication of a full delivery plan a year ago.

Farrell said he was "absolutely thrilled and delighted" to have been asked to do the work which is designed to build upon his environmental vision for the area, Thames Gateway Parklands, launched last month.

Farrell's practice has been commissioned by Sir Bob Kerslake, chief executive of the Homes and Communities Agency, which itself is being launched next week. He will also act as adviser to Kerslake on the £9bn regeneration of the Gateway.

Kerslake said: "What we're asking is for Terry to outline a core vision of what the economic, social and environmental vision of the region will look like. We need to spend the next year thinking through the next phase of change – what are we going to see in five, 10 years' time."

He added that the work was also being seen as vital in terms of positioning the regeneration plan ahead of the next government spending review, the process for which starts next spring, in order to continue to attract central government funding.

He said it would not replace the work done by former Thames Gateway chief executive Judith Armitt on a delivery plan for the Gateway, launched this time last year.

However, Farrell said: "That plan was not actually a plan, it was a set of targets, it's a brief for a plan. This is the next stage. A set of targets isn't a plan."

Farrell added that his work would attempt to outline a way forward for "the most ambitious piece of place-making in the country".