Sisk profit surges on back of major projects 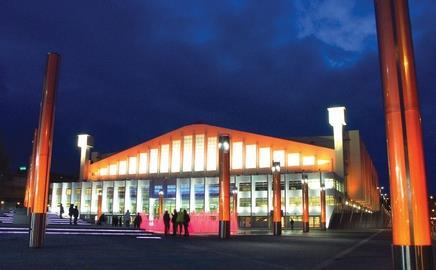 John Sisk, the UK arm of the privately owned Irish contractor, has reported a pre-tax profit of £5m after undertaking a string of high-profile projects. This is a rise of more than 35% on the previous year.

Pierce O’Shea, Sisk’s managing director, said the firm was aiming to raise its turnover for 2007 to more than £260m.

He said Sisk had increased its investment in its rail business, and in the Manchester and Bristol regions.

He confirmed that the firm was planning to use its extra cash to expand its PFI involvement beyond contracting into equity investment. He said: “We continue to be a cash-rich company with no borrowings. To leverage this advantage, we are seeking joint venture opportunities in property and PFI.”

The company’s results were boosted by a series of high-profile project completions, including the refurbishment of Wembley Arena for developer Quintain, and the conversion of the former Wellcome Trust headquarters near Euston into a museum, cultural centre and library.

We are a cash-rich company with no borrowings, and we are seeking opportunities in property and PFI

The company had a significant workload in the residential and regeneration sectors, where its completions included an apartment complex at King Square, Bristol, for Urban Creation, and a 260-unit apartment scheme in central Birmingham for Kings Oak.

Sisk also invested strongly in its pension scheme over the period as part of a three-year plan to substantially eradicate its pension deficit.

O’Shea said: “The company’s investment in improving the pension scheme will help us to recruit and retain talented people by better recognising their efforts and loyalty.”