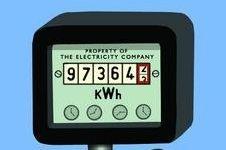 Electricity costs in Dubai have gone up 60% in the past 12 months, new research has found. Commercial and residential property owners and tenants in Dubai who failed to take energy saving measures a year ago will have seen their electricity bills soar by up to 66% in the past year.

On 1 March 2008, Dubai Electricity and Water Authority (DEWA) introduced a new tariff structure known as the slab system. It was aimed at encouraging energy consumers to use less by paying more. Consumers, whether commercial, educational or residential, that did not introduce measures to reduce consumption after the slab tariff came in will have seen electricity bills rocket, in some cased by over 1m dirhams.

The research was undertaken by UAE energy advice firm Farnek Avireal for the organisers of property and facilities management event FMExpo, which will happen from 24-26 May 2009 at the Dubai International Exhibition and Convention Centre.

Average individual electricity usage at the time was said by DEWA to be 20,000kW/hr per annum and 1,300 litres of water daily, placing Dubai among cities with the highest consumption per person in the world.