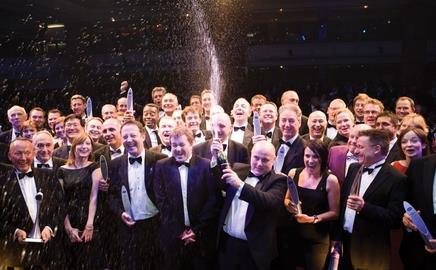 The 1,300 guests listened to John McDonough, Carillion’s Chief Executive of Year, warn that the industry faced “a tough three to five years” despite having a “vital role to play” in boosting the economy. Meanwhile, Wates scooped the Major Contractor of the Year award for the second year in a row. Other winners of the 18 categories included Cyril Sweett, which was named Consultant of the Year; Mace and Rick Mather Architects’ Ashmolean museum, which won the award for Project of the Year; Edward Cullinan Architects, which was Architect of the Year; and Tim Byles, chief executive of Partnerships for Schools, who won Personality of the Year.

For more pictures and the full list of winners, go to www.building-awards.com