Staff walk out of Dubai Formula One job 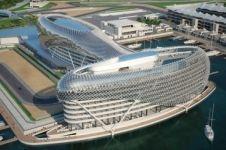 Developer insists row over payment will not delay Yas Marina circuit, which is due to make its F1 debut in November

A row has erupted between contractors working on Abu Dhabi’s Formula One track after staff at one firm claim not to have been paid their full salaries. The F1 track on Yas Island, being developed by Aldar, is due to open in November.

Dubai-based project manager and fit out firm Hamilton International is understood to have fallen out with UAE construction consultants Odyssey Development Consulting after 12 of its staff walked off the job. ODC was advising Hamilton on the fit out of the F1 track including the grandstand, pit and team buildings. Hamilton were sub-contracted by construction firm Cebarco WCT, who are building the circuit.

According to Arabian.Business.com some of ODC staff walked off the job after not receiving full pay from their employer for several months. It is understood that Hamilton is now employing ODC’s managing director Garth Martin as a consultant, but no other staff connected with ODC. It is unclear whether the situation will delay the handover of the project.

There has been intense media speculation over whether the F1 track, called the Yas Marina circuit, will be ready for the Abu Dhabi Grand Prix in November. In March, the Abu Dhabi Motorsports Management (ADMM) put out a statement strenuously denying reports that there were was any delay to the track. Aldar, the master developer of Yas Island, has also insisted the F1 project will be completed on time.