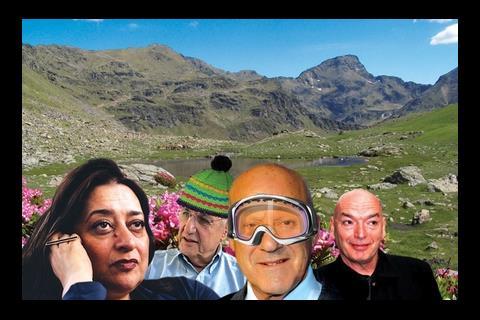 Zaha Hadid, Frank Gehry, Norman Foster and Jean Nouvel are among the stellar names trekking to the Pyrenees 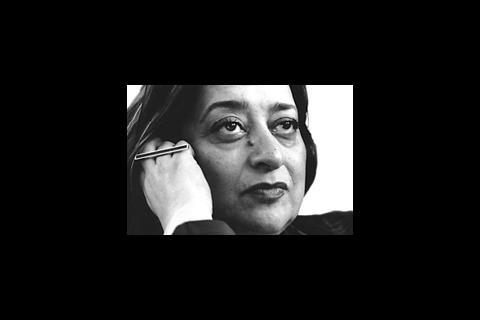 As work dries up, Foster, Hadid, Gehry and Nouvel are shortlisted for project in European microstate

Wanted: architect for small museum in tiny European mountain state. The result? An architectural clash of titans pitting some of the world’s biggest names against each other.

Norman Foster, Zaha Hadid, Frank Gehry, Jean Nouvel and Dominique Perrault have been shortlisted to design a National Art Museum for Andorra – one of the smallest countries in Europe – in what is seen by some as the latest sign of troubled times for architects.

The five designers have four Pritzker prizes and three Praemium Imperiales between them, and Gehry and Perrault are members of the European Academy of Sciences and Arts.

But the winner will design a relatively humble building in Andorra la Vella, the capital of the country. Juli Minoves, the Andorran minister of culture, said the principality wanted a “functional yet singular” building to be built at a low cost.

It will have a floorspace of 10,000m2 – roughly the size of a large department store. By contrast, Ateliers Jean Nouvel’s Louvre project in Abu Dhabi is, at 24,000m2, more than twice as large.

Ken Shuttleworth, the founding director of Make, said: “It probably is a sign of the times – there are fewer projects around so more people will be looking at something like this. Art projects tend to attract big names.”

But Gus Alexander, founder of Gus Alexander Architects, warned that small clients who appoint starchitects in a recession may suffer later. He said: “Norman Foster probably doesn’t know where Andorra is. The client would be well advised to appoint someone rather less important because when things pick up this will get put on the back burner.”

In common with nearly every architect in the UK, Foster + Partners has had a host of projects cancelled or mothballed, including towers in Dublin, Moscow and Ho Chi Minh City in Vietnam.

Hadid has had projects frozen in Dubai and Nouvel’s Walbrook Square development in the City, designed in tandem with Foster + Partners, has been postponed indefinitely.

None of the shortlisted architects were available for comment.