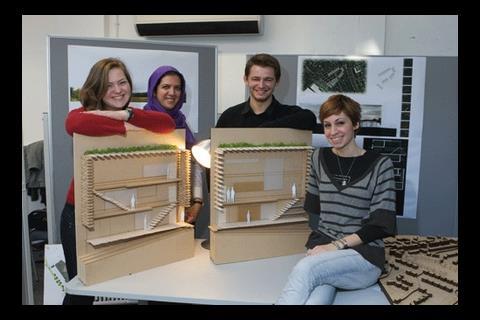 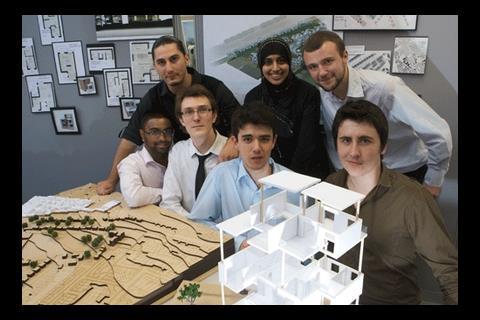 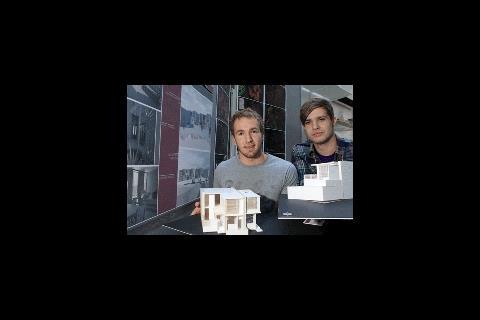 Architecture students at Nottingham Trent University have been challenged to come up with a range of ambitious design schemes for a disused former school site.

The final year students have presented their proposals to planning officers and leading architects as part of a new urban design campaign calling for regeneration of Nottingham’s derelict eyesores and unused sites.

Working in groups, the students have put forward a variety of residential schemes to best-complement the former Westbury School site in Basford and the surrounding area.

Living on a commune

One of the groups envisaged an environmentally friendly, self-sustaining community, with residential properties including rainwater collection systems and green roofs – made from vegetation and soil – to provide natural insulation.

The focal point of their design was a central allotment area with a plot for each of the properties capable of yielding enough fruit and vegetables for themselves and their family, and the local community.

The group considered various opportunities for local people to utilise the allotments – including schemes for young people and school visits – and had even proposed a planting and harvesting timetable suggesting the most appropriate crops.

Another group proposed the Westbury Field residential development. They described it as “a scheme which adapts to the needs of the constantly changing dynamics of a contemporary family”.

Their development comprised three types of houses for families, couples and single occupancy - and even came with an expansion option, as the properties for couples and families could be combined to create a five bedroom family unit.

“The Westbury School site is a good start to the collaborative process between both our universities, architects and the city council in developing design briefs and master plans to help developers get an idea of the sort of proposals we are looking for in Nottingham.”

The project forms part of Design 09, an initiative run by Nottingham City Council and representatives from the private sector, which aims to raise interest or investment in redevelopment.

The students’ ideas, shown through detailed 3D models, videos and drawings, may be considered when the site undergoes redevelopment.

Raymond Quek, programme leader for architecture at the university’s School of Architecture, Design and the Built Environment, said: “This project demonstrates the engagement with regional communities, which is part of the ethos of Nottingham Trent University’s architecture programme.”