Turner & Townsend has been appointed to provide project management services on the Sydney Metro West project. 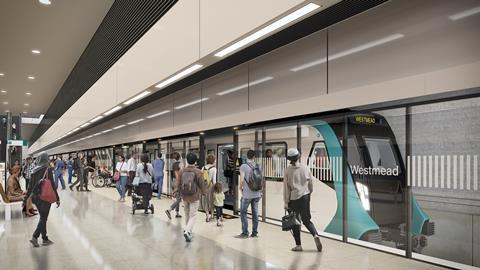 Sydney Metro West is the largest part of the Sydney Metro network, Australia’s largest public transport project and construction is expected to start this year.

The project, estimated to cost around A$10bn, will deliver 24km of twin underground tunnels between Westmead and the Sydney central business district, serving 3.2 million people expected to be living in Western Sydney by 2036.

It will double the rail capacity of this current rail corridor with a travel time target between the two centres of about 20 minutes.

John McAslan + Partners won a contract in January this year to design a new Sydney metro station at Waterloo, which will be built by Melbourne-based contractor John Holland.