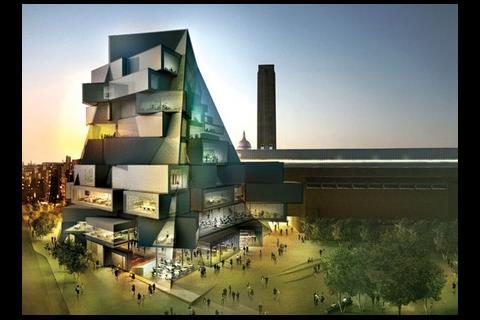 The original design for the extension 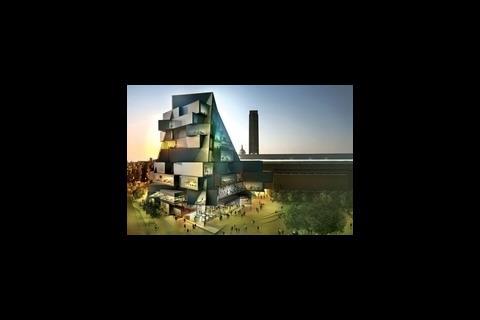 It is understood that the Swiss architect is reworking its exterior and interior designs in partnership with the client, and will make recommendations to a committee within weeks.

Modifications under discussion include the introduction of layers of sloping brickwork, rather than glass, to the building’s exterior. It is unclear whether the changes will involve making the extension smaller, although project sources said this was a possibility.

The architect plans to keep oil tanks in the basement of the building in their raw state, rather than using the space for other facilities such as a theatre, as originally suggested.

One source involved with the project said: “The client wants an iconic building that really makes a statement, and a design evaluation process is under way.”

He added: “The process is going well, and the client is much more positive about the designs.”

The extension, which has been nicknamed Tate 2, is to be construction managed by Mace. It will comprise about 23,400m2 of space across 11 floors, and increase the gallery by 60%.

Southwark council granted planning permission last March. It is due for completion in 2011.

A Tate spokesperson said: “The project team working on the development of Tate Modern is in the detailed design phase of the project refining the designs for the new building.”

For more on Herzog & de Meuron’s work on Tate Modern go to www.building.co.uk/archive.