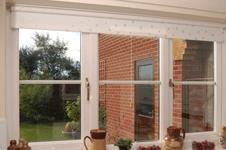 More than 750 people have now signed a petition on the Number 10 website calling for the government to investigate the recent increases by the dominant glass producers. This is one of the site’s 10 most popular petitions.

According to Stephen Sunderland of curtain walling contractor Dortech, who set up the petition, both Pilkington and Saint-Gobain increased their prices within a few days of each another in May, by a similar magnitude and with less than one month’s notice. Others, including US firm Guardian, followed suit.

“We’re not trying to get these companies into trouble and we understand they need to put their prices up, but this is too much too soon,” says Sunderland, adding that it could drive small contractors out of business.

In a letter to its customers on 20 May, Pilkington said the price of glass and the fall in demand meant manufacture and supply had become uneconomical. “As a result we have taken the decision to increase the price of raw glass.” The increases varied from 5% for its insulating glass units, to 50% for clear float glass. The rises came into effect on 8 June.

We understand they need to put their prices up, but this is too much too soon

The rises come about 18 months after four of the world’s biggest producers – Guardian, Pilkington the UK arm of Nippon Sheet Glass, Saint-Gobain of France and Belgium’s Glaverbel – were fined £348.2m for illegally co-ordinating price rises.

Saint-Gobain said that, for this rise, it had acted independently of other firms and that it opposed anti-competitive behaviour.