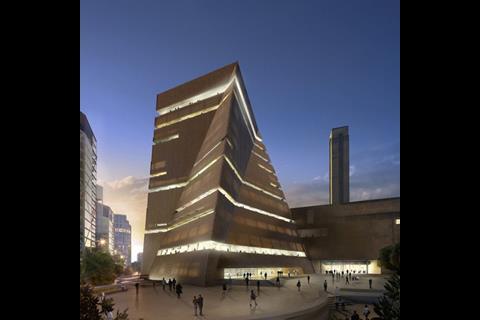 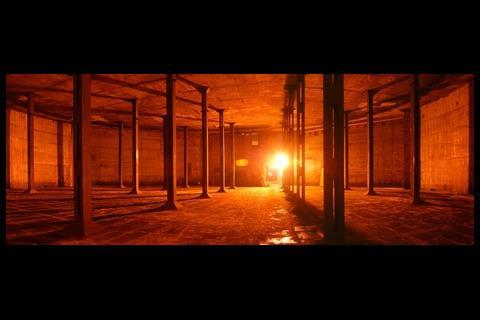 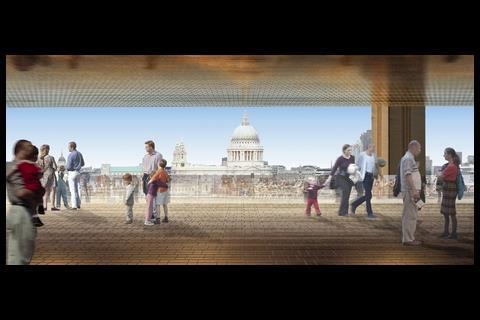 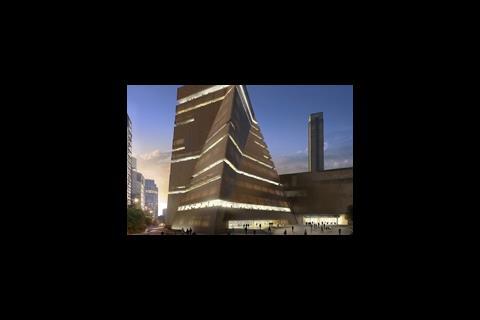 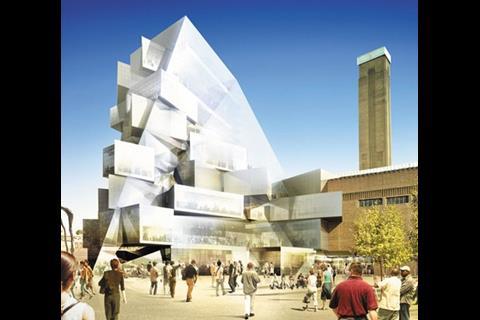 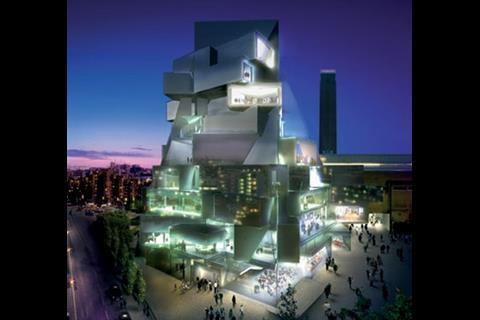 But Tate director Sir Nicholas Serota admitted that due to the slowdown in the financial markets, the extension may end up being completed up to two years after the original opening date of 2012.

As revealed by Building in April, the original “stacked glass box” has been scrapped in favour of a “brick pyramid” which the Tate says is more flexible than the previous design. The scheme will have to be resubmitted for planning.

Serota said of the designs: “I don’t have any problem changing my mind when I see something more mature… it is a more mature response to the brief than the original building.”

Jacques Herzog, the scheme’s architect, said of the decision to use brick: “It’s a cool material. It’s not used much any more by anybody. We’re happy about the change in material, and we really think we can use it in a new way.”

The extension will also now renovate gigantic oil tanks beneath the former power station as art and performance spaces similar to the museum’s turbine hall.

As a result the extension will add an additional 21,500m2 to Tate Modern’s existing 35,000m2 and allow up to 7 million visitors a year to enjoy its galleries.

Construction of the scheme, by construction manager Mace, is expected to begin in June 2009, but Serota admitted that it could be 2014 before the scheme is completed if the building is affected by the credit crunch.

He said: “This is the most challenging time to get money, but we are talking to individuals who have the ability and the will to help.”

Serota said that the museum has already raised about one-third of the funds to build the £215m extension.