Taylor Wimpey breathes again – but for how long? 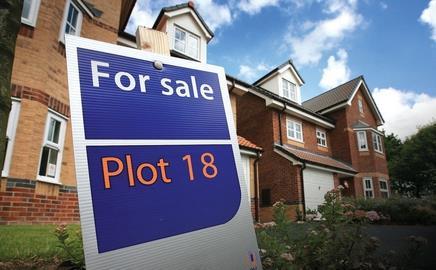 At some point over the bank holiday weekend Taylor Wimpey decided to pull the announcement that it had struck a refinancing deal with its lenders.

It had been due to announce the agreement on the Wednesday, the date of its interim results, but, as one source close to the talks between the housebuilder and its banks points out, the date was more desirable than crucial.

He says: “They wanted to push it through, but there came a point after so many all-nighters when people thought: ‘What’s the point?’ It decided to do things at a more leisurely pace and get proper due diligence done first.”

Whatever the timing, Taylor Wimpey is still expected to reach the same agreement with its lenders as its rival Barratt. With debt of £1.7bn and a first half loss of £1.5bn, it needs to act fast. Barratt’s covenants were relaxed without the need for new cash and the group’s lending arrangements are now tied more closely to cashflow than profit.

So, Taylor Wimpey looks to have won itself some breathing space, but as one City analyst says: “It doesn’t address the longer term problem that people aren’t buying houses.”

While some see this deal as a rescue package, others have already likened it to a stay of execution. Either way, the question remains: what next?

According to the source close to the talks, plan A is to sit tight. He explains: “The company does not want to go down the private equity or share placement route if it can help it. Ideally, it will clamp down on land buying and run itself for cash until the market picks up.”

Remaining on the sidelines of the land market is clearly not a solution in the long term, though. As the source says: “The banks just want to bring landbuying under control.”

In a similar fashion to the deal reached by Barratt, land spending will be capped by the lenders in exchange for relaxed lending terms. One observer likens the situation to a child going to its parents for pocket money.

A source close to Taylor Wimpey explains: “The company will have the freedom to buy land but only up to £xm per year.

The cap imposed by the banks will only be lifted once interest cover covenants return to an appropriate level.”

Alastair Stewart, an analyst at Dresdner Kleinwort, believes that might be easier said than done. He says: “Relaxed cashflow covenants won’t make any difference other than to shove up the cost of borrowing. When the chancellor is predicting the worst recession in 60 years, the problem will be selling units.”

So what if plan A fails and would-be home buyers sit on their hands? Well, option B is to resurrect the failed share placement deal of two months ago. The attempt to raise £500m faltered at the eleventh hour after one investor got cold feet. Of course, things may look rosier once a bank deal is in the bag.

Although the company has kept the placement option on the table, it is not only administratively expensive but would dilute the shares.

And the key issue would be to do the deal at the right price. As one industry source says: “Why would Taylor Wimpey want to do a deal now with the share price so low?” Its shares are currently 55p, down from 204p in January.

Plan C is the private equity route, although the company has cooled talks with interested parties since a bank deal appeared on the horizon.

“The downside,” according to a source close to Taylor Wimpey, “would be a dominant shareholder on the board who will sell at some point. Private equity is not known for its loyalty.”