Housebuilder on course to hit £40m profit target this year 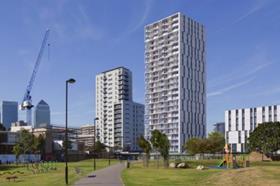 Telford Homes has insisted it is still on track to deliver profit of more than £40m during its financial year, despite seeing the half-year figure drop slightly.

For the six months ended September 30, the housebuilder posted a pre-tax profit of £8.7m, down from £9m during the same period last year.

It blamed this on an anticipated delay in development timings, but said it still expects to deliver its profit target in excess of £40m for the 12 months ended March 2018.

Revenue for the first half of the year was also slightly down from £104.3m to £99.3m. It said that while there were more open market completions at 116 compared to 85 last year, there has been less revenue in the period from construction contracts, particularly affordable housing, again due to the timing of developments starting and finishing.

But its “significant” development pipeline represents £1.4bn of future revenue and comprises just under 4,200 homes, over 3,000 of which are in design or under construction, with the remainder going through the planning process.

In May, the housebuilder posted what it called record revenues for its last financial year, up 19% year-on-year to £291.9m, with pre-tax profits ahead of expectations at £34.1m, up 8%.

Jon Di-Stefano, chief executive of Telford Homes, said: “The board is very happy with the current position of the business and our move into build to rent is a significant part of our long term strategy as we continue to develop homes in non-prime locations across London.”