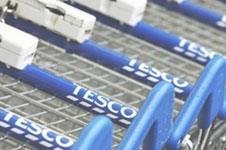 Supermarket giant Tesco is to step up its store building programme over the next 12 months, with an investment of £1.6bn in new outlets.

Reporting end of year results showing a 10% rise in pre-tax profits to £3.2bn, the supermarket said it was looking to restart projects in its development pipeline that had been put on hold.

The news comes after Building predicted before Christmas that the firm was looking to restart a number of schemes, and also comes amid a reshuffle of its contractor framework, which has seen Kier and Taylor Woodrow (Vinci) take a lesser role.

Tesco said in a statement: “Through the experience and expertise of our property teams we have developed over a number of years a good pipeline of new space opportunities. As a result we have the opportunity to unwind some of the work-in-progress we have built up and will be stepping up the rate of expansion in 2010/11.

“We will be investing £1.6 billion of capital in the UK economy this year and will create thousands of jobs including for the long-term unemployed through our regeneration partnerships.”

Tesco cut back its mixed-use development team at the start of 2009 as the recession bit into its expansion plans, and led to a review of its commitment to city centre regeneration schemes based around Tesco stores.

Join us at Building Supermarkets – the one-day conference on design, development and planning opportunities in food retail