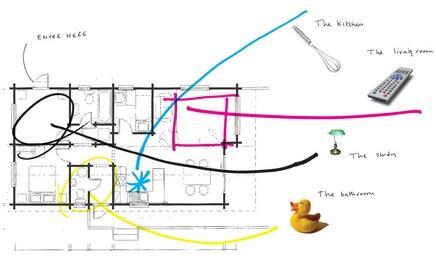 In the first of a series of company profiles, Jon Neale opens

the door on the UK’s biggest retirement homes specialist

With output stalling and share prices in freefall, most housebuilders are moving into digging trenches. Most, but not all: last month, McCarthy & Stone, the retirement homes specialist, announced its biggest recruiting drive for land buyers, land managers and architects since the eighties. Last year, it built 2,590 units. But it plans to be building 4,000 units by 2012.

Howard Phillips, the chief executive, says the company will move into new niches: “Assisted living – which includes 24-hour assistance and wheelchair access – was about 15% of our volume last year. Our plan is for it to grow to 25%. We’re also trialling a product offering residential care and nursing accommodation, which we will call tailored care.”

Both cater for over 75s, as opposed to the standard product aimed at younger retirees. The rationale is simple: there are 11.3 million people over the age of 60 in the UK. By 2031, that figure will be 15.4 million. But the real growth will be among the very oldest in the population, those who need most care – a market that offers “huge potential”, according to Phillips.

There is another aspect of this section of the population that explains the company’s sanguine outlook: they tend to own their homes outright, and rather expensive homes at that. As a result, they are not dependent on the mortgage markets, nor on investor-buyers.

The firm’s focus is on acquisition. The motivation for issuing a comprehensive company report, which is optional for a private institution, was to proclaim to the market how much McCarthy & Stone wants land and how financially healthy it is – earlier this month it reported a £154m profit (albeit before taking into account a £76m interest repayment related to its takeover, more of which below) on £458m turnover.

Phillips adds: “We bought 78 sites last year, and we are looking to buy more than 90 sites over the year to the end of August. Because so many other housebuilders have stopped buying land, we see the next few months as an enormous opportunity.”

McCarthy & Stone is not subject to the short-term horizons of the stock market, having been bought out by Scottish tycoon Sir Tom Hunter, in a consortium with HBOS, in September 2006. But if its market forecast was out, this could be a recipe for disaster, as the deal was heavily leveraged. One City analyst said: “The management will get the surprise of their lives when they see just how cash-negative McCarthy & Stone can be if there is a real slowdown. Indeed, gearing up to buy it could prove to be a terrible mistake for HBOS.”

Before the buyout, McCarthy & Stone had net cash of £26.9m on its balance sheet.

It is now saddled with a debt of £806.8m, which translates into an annual interest bill in excess of £80m.

Phillips is not worried about the future, though. He admits that he expects to see volumes drop but does not foresee a market crash. His real concern is with planning – it takes the company more than a year to get the average consent. Affordable housing is a particular problem, as it does not fit easily into the retirement set-up.

What they’re talking about

Richard Donnell, head of research at Hometrack, sees the “trade-down market” as important for McCarthy & Stone. “Apart from a few other players such as Pegasus, McCarthy & Stone is alone in an interesting niche, allowing people to trade down into communities where they are with similar people. “

Alastair Stewart, an analyst at Dresdner Kleinwort, accepts most of this but has reservations. “They are still vulnerable to a slowdown in the secondary market. The people who buy McCarthy & Stone are at the very top of the food chain. By definition, they have the longest chains, and are most susceptible to weakness down the chain.”

He says, “Because each McCarthy & Stone development is pretty much identical – they just change the facades and so on – they could develop long-term relationships with subcontractors, and they have been able to lock in rates. It’s interesting to compare this with volume housebuilders who are panicking about the slowdown and are trying to batter down their suppliers.”

McCarthy & Stone’s model, although robust, is not without flaws. Although the absence of investors helps insulate it from a downturn, it also makes the process of building extremely cash-intensive. There are almost no off-plan sales, meaning the entire development has to be built out before anything can be sold.

Chief executive Phillips is not worried about the future, though. He admits that he expects to see volumes drop but does not foresee a market crash. “Most customers move to us because something has happened in their lives – maybe they have had a burglary or their husband has died. Their move isn’t dependent on the housing market.”