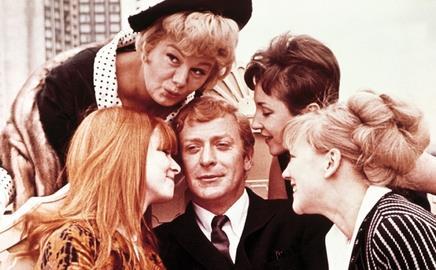 Housebuilders don’t like to get tied down. As soon as a scheme’s built and sold, they move on. So why are they suddenly forming longer-term attachments? Ben Cook finds out what it’s all about

The housebuilder has always been the love-them-and-leave-them type. His traditional method of going about things has been to buy land, develop on it, sell it outright and move on to the next conquest. But times change, and with his glory days seemingly behind him, the cad of the construction industry is settling down:

to survive the current economic climate, housebuilders are having to take longer-term attachments to developments by getting involved in shared-ownership schemes or the social rented sector.

There’s plenty of evidence to show that in the current climate, the housebuilders’ traditional business model isn’t working. Listed builders’ shares have lost about 90% of their value in the past year, with two of the largest, Barratt and Taylor Wimpey, in serious danger of financial collapse. Add to that the fact that the industry is building at half the rate it was last year – National House Building Council figures record that just 9,589 homes were started on site in May, compared with 20,019 the previous May – while government targets are calling for the industry to raise production by a third, and it’s clear there’s a problem.

Yolande Barnes, director of Savills Research, says the current trader model, as it is known, is no longer an effective way of doing business. “It’s inadequate in delivering mixed-use, mixed-tenure, eco-design sites. Mass housebuilders will have to change fundamentally,” she says. “Placemaking requires a different business model and takes more than just the skills of a housebuilder.”

Barnes adds that, while housebuilders are good at short-term development, commercial developers are used to developing “complex urban land”, where the returns may come over a 10-15 year period. Consequently, she says, the most successful housebuilders of tomorrow will be those that retain an interest in a development for a sustained period. This will mean that mixed-use developers like Land Securities become the “largest delivers of housing”.

Another problem with the traditional business model is that banks are reluctant to lend money to fund developments while people are struggling to get mortgages. In addition, the prices paid for land by builders at the top of the market make it impossible to reduce sale prices without making a loss. That’s why Taylor Wimpey has had to write down £550m and Barratt’s balance sheet bears an £85m accounting loss.

Clive Wilding, project director of Barking Riverside, which will be the biggest housing development in the Thames Gateway when its 10,800 homes are completed, says the industry ignores these signals at its peril: “If the downturn gets worse, the market will change to a more investment-led form of housing.”

Because of this he says Barking Riverside is being developed as a flexible, affordable housing vehicle, which will allow homes for private sale, shared ownership and rent to be added and changes to the tenure of homes to be made over time. It will be focused on yield over a longer period.

Wilding’s view has high-profile support. John Callcutt, the former chief executive of housebuilder Crest Nicholson and author of the Callcutt Review into housing delivery commissioned by the communities department, says that while the current trader business model will still be effective in prime areas and edge-of-town sites, “large urban regeneration projects will have to look at a new model as there is no demand and low land values in such areas.”

Instead of quick profit, returns will be gained from “high-quality” long-term management of sustainable, mixed-use developments – maintaining good transport links and tackling graffiti, for example – Callcutt says. If done successfully he says the long-term value will outweigh the high-risk returns from the current trader model.

When companies can demonstrate their ability to do this, he says, investment fund managers will suddenly become interested in financing such developments.

Not that most housebuilders agree the death knell has sounded for the traditional business model. Terry Fuller is chairman of the affordable housing group at the Home Builders Federation. “That message is being put about by doom-mongers,” he says. “We’ve been running the same model for 50 to 60 years and we have been through boom and bust during that time.”

Others, such as Alan Cherry, chairman of Countryside Properties, think the model is still “very sound,” despite the fact he has recently cut development in the north by 50%. The problems, he maintains, are more from the mortgage market and planning system.

Fuller argues that the model will persist because many housebuilders have no option. “It’s the model the vast majority use – there is a plethora of small regional housebuilders that don’t have any choice because the landowner requires cash up-front.”

In addition, Fuller adds, any change will require a complete rethink of the way builders are funded – at the moment this is achieved with short-term bank debt and through the issuing of shares. “It requires a different investment model from shareholders who want a dividend every year. You need to be attracting pension fund money, as investors won’t see returns until 20 years later, when the property is sold.”

But Wilding maintains that the market will adjust. “Developers will look at housing over a longer period of time and more asset-backed vehicles will look at doing social rented or shared ownership housing,” he says.

The government is hoping the public sector will fill the current gap in work, but with housebuilders already having laid off thousands of staff it is unclear whether any business model is robust enough to enable building to continue through the current seizure in mortgage supply. However, it does appear that a long-term model could keep businesses big enough to take advantage when the market does finally turn around.

In the housebuilder’s current trader business model, small causes can contribute to big effects. For example …

0.26% - Average increase in interest rate charged on fixed mortgages in the 12 months to May

How housebuilders do business

Most housebuilders use a “current trader” business model, under which they buy a few plots of land, build homes and then sell them at a profit. They then use the profit to buy more land. The housebuilder retains no long-term interest in the properties.

The size and quality of housebuilders’ landbanks give a strong indication of how successful they will be in the future. Housebuilders with large landbanks are able to avoid entering the land market if they believe land prices are too high and therefore can mitigate the adverse effects of economic downturns. Small and medium-sized housebuilders that are unable to afford large landbanks and have short-term borrowing arrangements are vulnerable in a downturn.

The Callcutt Review, published last November, said this model was “increasingly under pressure” from land prices and land supply at one end of the process, to a slowing market at the other. It highlighted three alternative business models: