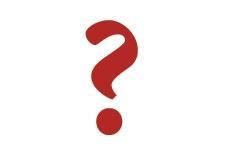 Welcome to our first environmental quiz, offering a budding eco-boffin a £20 Amazon token. Test how up to date you are on the latest environmental developments, as well as your knowledge of current affairs

The prize this week is a £20 voucher for Amazon. Mail your answers to sustainability@cmpi.biz by Thursday 24 January. Good luck

1. Who said this? “Two of the biggest challenges in our industry are sustainability and skills shortages. Get the first right and you solve the second.”

2. What is the benchmark figure for the typical usage of electricity for office energy in kWh/m2/Pa?

3. What was the flight number of the British Airways plane that crash landed at Heathrow airport on Thursday?

4. What’s Japans standard for measuring the sustainability of its buildings and designs called?

5. Which Internet company has announced a three-year, £89m investment into five philanthropic projects?

7. Name the firm that is to start training Accredited Energy Assessors on its EPC software at the end of January.

8. How many nuclear reactors do EDF plan to have up and running by 2017?

9. In January of what year did Kevin Keegan resign as Newcastle manager the first time round?

10. Name the Manhattan-based building that its designers have not tried for LEED accreditation, but instead opted to build for user comfort.