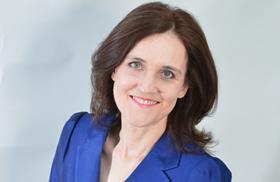 Biography: A former lawyer and MEP, the Brexiter entered parliament in 2005. She was transport minister and then spent four years as Northern Ireland secretary. But she quit the government when Theresa May arrived at No 10, after refusing a more junior role. Her voting record is largely in line with the Conservative mainstream. She voted for university tuition fees and against more EU integration.

What this means for construction: She replaces Michael Gove as environment secretary and the biggest immediate challenge in her inbox – aside from climate change – will be handling the UK’s agriculture post-Brexit. There is some good news for the industry as she is backing HS2. But she has argued against the expansion of Heathrow and Gatwick airports. She also opposed Boris Johnson’s scheme for a Foster + Partners-designed airport in the Thames Estuary, instead favouring greater use of regional airports. Her voting record on the environment has been mixed. In 2015 she voted against cutting the permitted carbon dioxide emission rate of new homes. She supported higher taxes on plane tickets but not financial incentives for low-carbon-emission electricity generation. She also supported the sell-off of England’s state-owned forests. She has also supported a campaign by her constituents in suburban north London against building on agricultural fields.