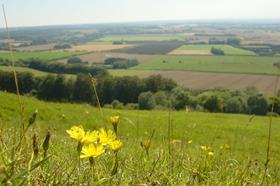 Nearly 27,000 rural homes have been approved against local authority wishes due to the failure of councils to meet new planning rules, research has revealed.

Research by the Campaign to Protect Rural England (CPRE) showed that almost 27,000 new homes have been given the green light by planning inspectors under new regulations that favour developers in areas where councils have failed to identify a suitable development pipeline.

The research, which studied the planning appeal decisions for major housing developments on greenfield land between March 2012 and May 2014, found that planning inspectors overturned the decisions of local councils in 72% of cases where there was no defined land supply, with 27,000 houses granted planning permission in this way.

The government’s National Planning Policy Framework (NPPF), introduced in March 2012, requires local councils to demonstrate a five-year land supply for housing in a local plan as part of a bid to boost housebuilding.

When a council does not have such a pipeline in place, the NPPF imposes an automatic presumption in favour of development.

According to the CPRE, only 18% of councils have had local plan approved by the government.