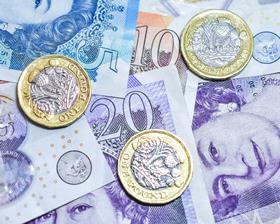 Three more bosses at a London-based fit-out firm have been banned from running companies as part of a crackdown on cartel activity.

And in May, three directors were disqualified from taking director positions for more than a year, two of which worked at subsidiaries of Fourfront Group.

Now Clive Lucking, chief executive of Fourfront from 2006 until April this year, has been given a disqualification undertaking for four years and nine months.

The CMA said his 10 breaches of the law affected contracts with a total value of over £11.9m.

Joining him is Aki Stamatis, chairman of Fourfront, who is disqualified for two years and nine months for participating in one breach and turning a blind eye to another nine.

And Sion Davies, director at subsidiary Area Sq, is disqualified for a year and a half for failing to prevent three breaches affecting contracts with a total value of £8.6m.