Three ways to get paid in a recession 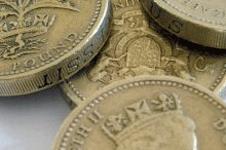 How to ensure your firm gets paid during a downturn

Check out the client

Looking at a company’s accounts is of limited value, as they’ll show it’s financial standing before the downturn. Instead, get an up-to-date credit report from a large credit rating agency such as Experian or Dun & Bradstreet. These will provide details of its directors, recommended credit limits and assess how risky it is for you to trade with it. The number of court judgments against a company can be indicative of its ability to pay.

If a client disputes the money it owes you, you’re in for a time-consuming process. Negotiation is the best way of resolving disputes, but parties’ positions often become entrenched. If this happens, consider mediation – a form of negotiation done through a neutral third party. It’s a cheap and efficient method to resolve a dispute and an agreement may be enforceable if both parties agree to that. If this fails too, adjudication is your next option. It’s expensive but at least an it’s readily enforceable in the High Court.

It is more important during a downturn to tackle late payment immediately.

If you haven’t been paid, “suspension of performance” under the contract can be an effective lever, and it’s allowed by the Construction Act. It may also be a condition in the contract, in which case that must be invoked rather than the act. Make sure you serve the required notice in writing and that work continues until the notice period expires.

And don’t forget to claim interest on late payments. You might be able to do this under the contract. Otherwise, a claim may be made under the Late Payment of Commercial Debts (Interest) Act. A notice of intention to claim interest should add weight to your claim for payment.

Ken Tracey is commercial adviser to the Electrical Contractors’ Association