Ton up for army-into-construction initiative 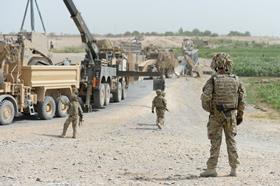 BuildForce, a programme aiming to reduce the skills gap while offering a second career to military personnel, has just found a job for its 100th ex-service person.

Wilson James is a founding partner of BuildForce, along with EY, Lendlease, Morgan Sindall and the BuildForce Alliance of industry employers.

Angela Forbes, chair of BuildForce and commercial director of Lendlease, said: “We will continue to bring in the diverse talents of our service leavers into construction and look forward to our next 100.”