Tony Douglas takes on the Olympics 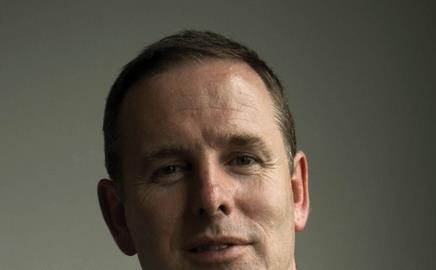 Former Heathrow chief executive Tony Douglas has played down fears of cost and time overruns on the Olympics construction programme after being drafted onto the board of delivery partner CLM.

Douglas, who joined Laing O’Rourke as chief operating officer two months ago, was this week appointed to the CLM board. He replaces his boss Ray O’Rourke, who has resigned to focus on growing his company’s international business.

Speaking to Building, Douglas said he would work to “mitigate risk before it occurs”. He said: “It’s clear this is an incredible project. It has got off to a fantastic start. However, everyone’s very realistic. There’s a lot to do, and the project needs to be managed with real pace, passion and energy. You have to put energy into mitigating risk.”

O’Rourke’s position as chairman of CLM will be taken by one of the other two directors – Mace’s Stephen Pycroft or CH2M Hill’s Lee McIntire, with a decision expected within two weeks. Douglas added that he would work with Pycroft and McIntire to give the Olympic Delivery Authority (ODA) “absolute confidence” in the way the programme was managed.

The appointment of Douglas, widely applauded for raising construction standards on the T5 project, will be seen as an opportunity to boost the progress of the construction programme, which has already been dogged by disputes over venue design.

David Higgins, ODA chief executive, said this week that he expected designs for the stadium to be launched “within the month”, despite a continuing argument over the roof. The ODA has asked for £200m to be slashed from the cost of the venue, which is likely to lead to plans for a full roof being replaced by a smaller covering over the executive area.

Higgins was speaking after an Olympics meeting at the Labour party conference. It was attended by Douglas, although he was not on the panel.

A source at CLM said: “In Ray’s view, Tony Douglas was the ideal person to succeed him, although he will continue to advise on and support the Olympics.”