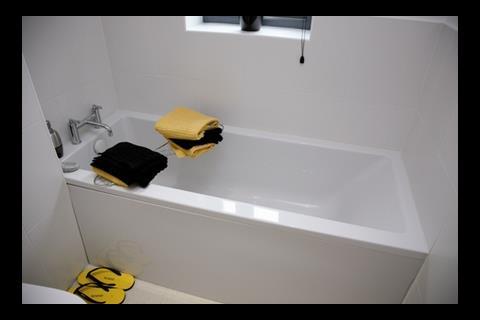 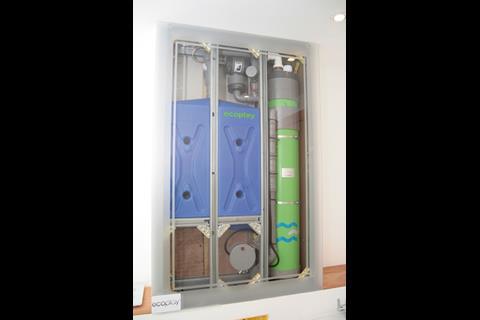 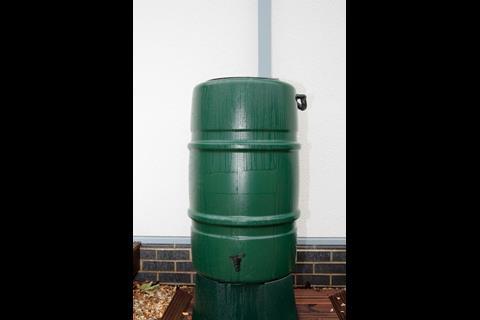 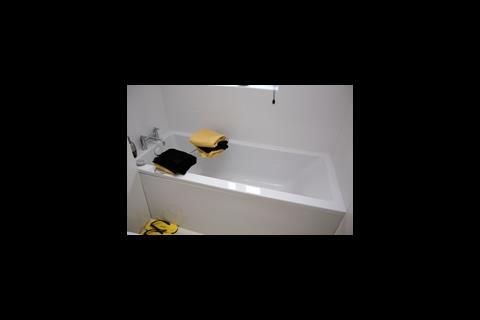 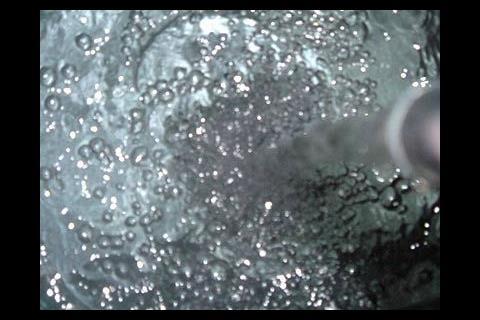 Reducing water use and wastage is an oft-overlooked element of the Code for Sustainable Homes, but water strategies are vital to sustainability

When it comes to sustainable homes, a lot is made of energy use, thermal insulation and airtightness, but water minimisation and recycling is something of a Cinderella topic. Yet with the Code for Sustainable Homes demanding mandatory water consumption levels and 10% of all its points relating to water, it is not an area that can be easily dismissed. To help with this BRE is about to publish the third of its information papers on the lessons learned on applying the code to four houses at its Innovation Park in Watford.

According to Christopher Gaze, associate director of manufacturing at BRE, a lot of people still do not make the link between carbon emissions and water, although treating and pumping water is energy intensive. Add to this the shortage of water in areas such as the South-east of England, and minimising water use is vitally important. There are three basic strategies that can be combined when looking at water - minimising use, using rainwater and recycling grey water. So what are some the key lessons?

A number of products were specified at Innovation Park to minimise water use. Showers with a flow rate of 6 litres/min are considered to be at the lowest end of customer acceptability, and using aerated showers increases the perceived flow without increasing water use.

All the baths used in the houses are small compared with a standard size of 225 litres. The largest was in the Hanson Ecohouse, which compensated by using rainwater harvesting to reduce overall water use.

While taps with a flow rate of 2 litres/min or less work well in bathrooms, they are slow when fitted in kitchens for tasks such as filling pans and kettles - compared with the standard flow rate of 12 litres/min. This has been addressed in subsequent versions of the code, which now allow for the use of taps that have a water brake at the mid-range of the flow - sometimes called click taps or two-stage mixer taps. The rate used for such taps in the BRE water calculator is the maximum flow of the lower range, which is normally 50% of the maximum flow rate.

Where flow restrictors have been fitted to taps, it is essential to ensure that they have been installed and set correctly. “Once fitted, it is difficult to do,” says Gaze.

It was also highlighted that risk assessments will be required to eliminate potential environments in which legionella and similar bacteria may multiply. Water in conventional 15mm and 22mm pipes may be kept at ambient temperature for a long time if the turnover of water is low, creating a potential environment for such bacteria to multiply. These risks are reduced by appropriate pipe layouts and by solutions such as small-bore insulated pipework.

Rainwater harvesting systems need to collect rainwater that can be used to irrigate the garden (if there is one) to obtain credits under the Code for Sustainable Homes. Water butts that collect water from the roof are an easy and effective way of obtaining credits, but must be fitted with functioning overflows.

Surfaces that are to be used to collect rain for harvesting systems need to be colourfast. One problem encountered with the sweet-chestnut timber cladding on the roof of the Kingspan Lighthouse was it that it contained unusually high amounts of tannin, which has been turning the collected water brown. This is something designers need to consider when specifying roof claddings, gutters and downpipes.

Finally, it should be noted that although some washing machine manufacturers allow rainwater to be used in their machines, others are concerned about potential contamination and this could void any guarantee.

Grey water recycling systems require more maintenance than rainwater systems, including a recommended annual visit by a specialist. As a result it can be better to install them on a communal basis, so that they can be managed by a contractor or service provider.

The colour of water in grey water systems is worth noting. It often has an actual grey hue, so end-users need to be prepared for this. In addition, it is also possible for the water to be contaminated, which is more likely if systems collect “sullage” - water from kitchen or utility room sinks. Grey water contamination in homes at the Innovation Park has included coffee granules, which have turned the water brown for a brief period, and paint from the washing of brushes. This sort of contamination would be less likely if the grey water came only from baths and showers as is generally recommended.

Another lesson highlighted in the study was the need to consider the installation. The routing of pipework is more complex for rainwater and grey water systems, and full consideration must be given to water capture, pipe routing, water storage and disposal early on in the design of the house. “With increased complexity of these systems, it is also important that appliances can be isolated individually and are accessible for maintenance,” says Gaze. “Don't tile things in.”

Copies of the BRE information papers covering lessons learned form the Code for Sustainable Homes dwellings at its Innovation Park can be obtained from the BRE bookshop.