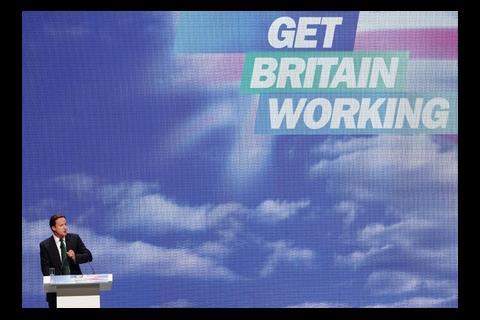 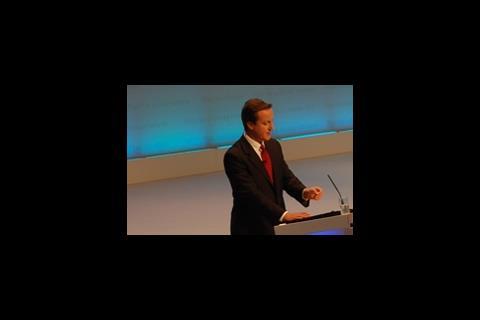 The Conservative party pledged to speed up delivery of a new generation of nuclear power stations this week amid concerns over the future of the UK’s £20bn new-build programme.

Charles Hendry, the shadow minister for energy, said there needed to be a “much greater degree of urgency” over nuclear. He and nuclear experts expressed fears that German utilities giants RWE and E.ON, which have said they will build two UK plants, may be tempted to invest in their domestic market instead following the election triumph of pro-nuclear chancellor Angela Merkel.

Hendry’s pledge, at a conference fringe event in Manchester, came as Greg Clark, the shadow energy and climate change secretary, set out a Tory Green Plan to reduce carbon emissions and create thousands of green jobs to help economic recovery. The measures include:

Clark said: “This is a plan to keep the lights on, to cut emissions and to create jobs.”

He estimated that the domestic green deal, which would open a market worth £2.5bn a year, would create 70,000 jobs, including 3,500 apprenticeships.

Earlier, speaking at a fringe event sponsored by French energy giant EDF, Hendry warned that the UK only had a limited period to secure the resources it needs to build nuclear power stations.

Do not think it is in the bag yet. There is still a lot of risk in this nuclear project

He said: “We have a window and have to do whatever we can to bring forward investment in that time scale. We have to make Britain one of the most attractive places in the world to invest if we are to secure the investment necessary to keep the lights on.”

He added: “E.ON and RWE can now see their own German domestic market opening up. Therefore they may choose to be domestic champions rather than investing internationally.”

He said the lack of a coherent waste policy may also threaten the programme.

Fears that the plans for UK plants may not be as secure as generally accepted were echoed elsewhere at the conference.

Speaking at a separate event, Mark Morant president of nuclear services company, said: “In terms of new build, do not think it is in the bag yet. There is still a lot of risk in this nuclear project. We are looking at a number of major utilities who are looking to invest in the UK and have options around the world.”

Last week, EDF, which has pledged to build four nuclear plants in the UK, said it was considering selling its UK electricity distribution network in order to reduce £36bn worth of debts. It is also looking for investors for a 20% stake in its UK nuclear business.