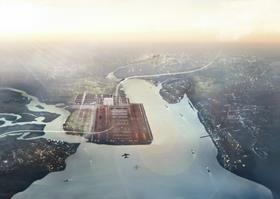 A group of Tory MPs is expected to call for the government to commit to building a new runway in the South East by 2020, the Times reports.

The prospectus for growth, dubbed the Growth Factory, will this Thursday call for 25 plans for growth in the UK - one of which will be a new runway in the South East.

The move follows the launch of a Free Enterprise Group, now made-up of 38 Conservative MPs, in January, which called for the government to reconsider its moratorium on a third runway at Heathrow.