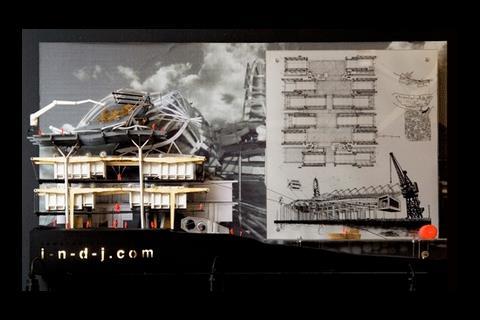 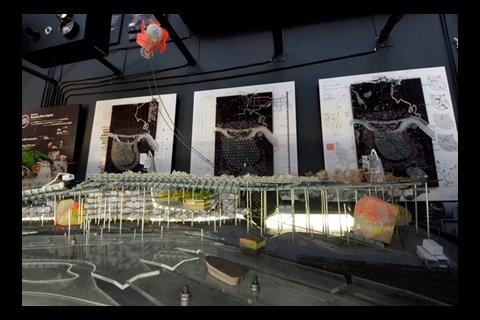 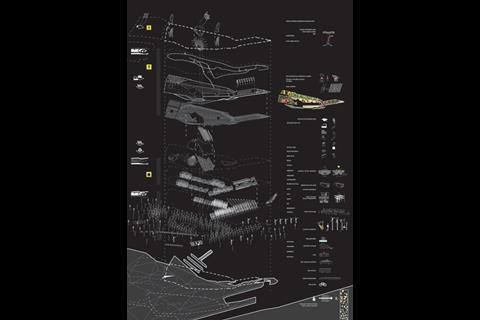 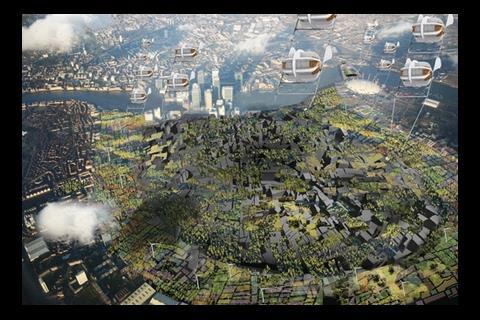 Final year RCA architecture student Ian Douglas-Jones’ latest project examines various methods by which food production can be incorporated into the urban environment in a future where oil prices have forced a food crisis.

Douglas-Jones worked within Architecture Design Studio (ADS) 2 as part of his final year degree show. Under the banner the ‘Big Crunch’, the group were asked to examine what form could regeneration take in a post credit crunch reality.

They had to find an alternative use for high-profile places like the O2, Olympic Park and Canary Wharf.

Food imports dried up twenty years ago when oil peaked at $1000 a barrel. A new self reliance has necessitated the development of dense enclaves of self-subsistence, and self sustenance; each enclave provides the optimum population density with the exact amount of energy and food.

The Thames is redirected through the West India Docks thus releasing arable land in the loop of the river encircling the isle of dogs.

The roof tops are planted, thus negating our reliance on imports for our food, hinterland interdependent. Self subsistence accounts for the entire food requirements of the new community of 66,000 people. The implementation of the a tidal barrage exploits the twice daily ebb and flow for energy production: enough for 150,000 homes.

But how can we ensure our future without subjugating our culture and quality of life? And at what cost?

The exemplary community consists of a radically new live/work typology, a stratified mega-building; of live, play and production.

A verdant roof-scape of automated cultivation weaves with recreation, below is flexible ‘hot living’, where adaptability is taken literally with swelled/atrophied living spaces, shifting to time and tide, where seasonal variations dictate space and energy usage.

All the desires, wants and needs are provided for on the ground plane; shifting and heavily programmed ‘soft architecture’ belies new form of civitas, free open unrestrained… Residence in the enclaves is highly coveted, a new super community, played out in full; new ‘home’, suburb’s no more, hinterland interdependent.

The ruinous city left behind serves only as a reminder to the failed, un-sustained, oil dependant urbanism of the 20th century.