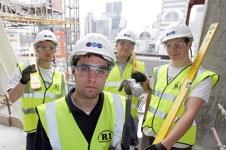 ConstructionSkills is expected to make cuts to the training grants it pays to construction firms after it emerged that it will make a multimillion-pound loss for the second year running.

Members of the training body’s board were told this week that it faced a £10m deficit in 2009; this included a £1.5m loss from the collapse of the Learning and Skills Council’s (LSC) college renewal programme.

The deficit is smaller than last year’s £13m, and sources say it is manageable but that cuts may have to be made to grants as part of the funding system review.

One item that may be cut is the Toolbox Talks scheme that promotes worker safety, which would save £8m a year.

The body is understood to have already reduced the discount given to companies for prompt payment of the training levy.

A spokesperson for ConstructionSkills said it was carrying out a major review of its services: “We have no option but to adapt so we can provide the best possible service.”

The shortfall has arisen because firms are looking to send staff on courses rather than make them redundant, which has increased the uptake of training grants. Also, ConstructionSkills’ income comes in part from a levy paid by firms according to their payroll, so it has been affected by the fall in staff numbers.

Other reasons for the deficit include £1.5m spent on the £26m project to redevelop the National Construction College campus at Bircham Newton, Norfolk. Work on the college, which was to have been part-funded by a £17.5m grant from the LSC, was cancelled after the collapse of the college programme – but not before preliminary works had been carried out by firms including Morgan Ashurst.

ConstructionSkills said it was in talks with the government about recouping some of the money.

In 2008, ConstructionSkills paid £176m in grants to fund training.