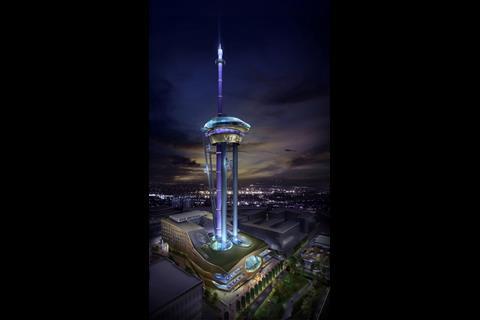 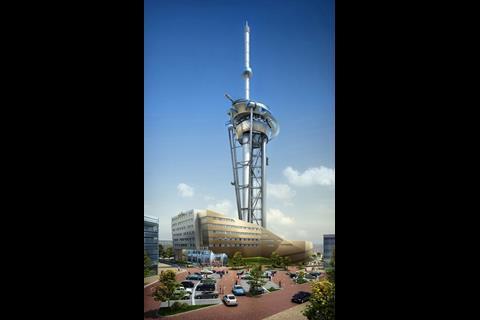 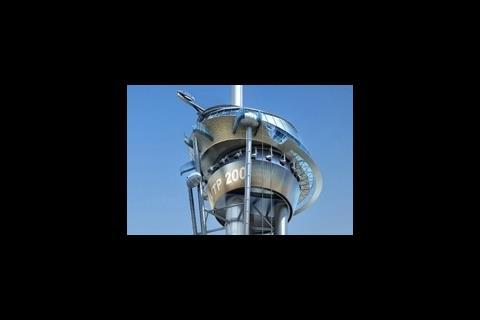 These are the first images of the 'VTP200', the UK’s first vertical theme park.

Property developer Pettifer Estates are behind the £200m leisure and observation “vertiplex”, planned for the city’s Eastside Regeneration area next to Millennium Point. Designs for the £95m tower are by architect RTKL, with structural engineering by Arup and WSP.

At the tower’s base will be shops and restaurants while at the observation platform, thrill-seekers will be able to visit a number of theme park style attractions. These will be rides and so-called 'extreme activities' including bungee jumping, a free-falling lift which plunges 95m and harnessed climbs to the very top of the tower.

Visitors looking for a less adrenaline-pumping activity will be able to ride a revolving lift known as the Gyro Tower which will take them to a 190m height.

Cllr Mike Whitby, Leader of Birmingham City Council said: "This bold and innovative building captures the vitality of Birmingham, the youngest city in Europe. It is a development which will boost our image as a global city, being an exciting addition to the city skyline.”

If planning permission is granted, construction could start as early as next summer, with completion planned for 2010.

Building’s staff have tentatively named it “The Tripod” after its similarity to the walking machines of the HG Wells novel, but as usual we’re sure our readers can do better…