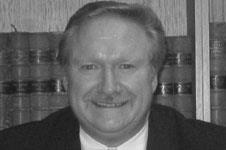 Ucatt has slammed the Tories and accused them of hypocrisy, after they claimed they wanted to encourage apprentices to go on and study after university.

The proposal was made by David Willetts, the Conservative shadow Universities spokesperson, in a speech at the conference.

Alan Ritchie, General Secretary of UCATT, said the Conservatives had “no shame.”

“Governments nearly destroyed the apprenticeship system during the 1980’s and 1990’s. They had total disdain in investing in skills for the future. To now claim that apprenticeships are the way forward is the grossest of hypocrisy and should be taken with a large spoonful of salt,” he said.

In July, Ucatt produced academic research “Apprenticeships – A Firm Foundation”, which found the laissez faire approach to training, championed by the Conservatives had failed.

“Thousands of school leavers are desperate to learn a trade and a skill for life but simply can’t find a placement,” said Mr Ritchie. “If the Conservatives were serious about apprentices they would be proposing how they plan to tackle the severe skills shortages in construction, which require thousands of new recruits."

"Instead they only can think of gimmicks which affect a few hundred apprentices at best,” he added.