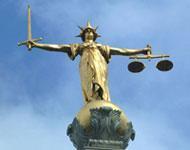 Ucatt has said it will represent six Kosovan workers at an employment tribunal, after they were allegedly sacked by their employer for trade union activity.

The workers had been employed by Crowleys on an Islington council contract, which was transferred to FM Conway in 2007.

The men have alleged that following the contract transfer, there were attempts to pressurise them into working on a “self-employed basis”. When they refused to do so, and involved Ucatt, they were reportedly dismissed, because of their membership to Ucatt.

The case is due to be heard this week at the Central London Employment Tribunal.

Steve Cottingham, a partner in trade union solicitors OH Parsons, said “despite handling such cases for over 20 years” he was “shocked at the way these workers have been treated by their employer.”

Alan Ritchie, general secretary of construction union Ucatt, said: “Ucatt will always defend its members from discrimination. Far too many construction companies believe they can bully and exploit vulnerable workers and pay them the bare minimum.

“This kind of attitude is entirely unacceptable in the 21st century,” he added.