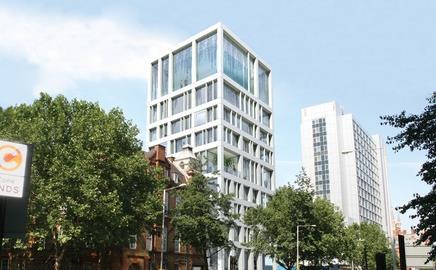 Four UK consultants are vying to work on the $22bn (£11bn) Masdar development in Abu Dhabi, which aims to be the world’s largest sustainable city.

It is understood that Atkins, Pell Frischmann, Hyder and Halcrow have been shortlisted to flesh out Foster + Partners’ masterplan. A winner is expected to be announced in the next two weeks.

The scheme, which is planned for a desert in Abu Dhabi, is aiming to become the world’s first zero-carbon, zero-waste city.

It will house more than 50,000 residents by 2016 and is intended to function without producing any greenhouse gas emissions, any waste or using any fossil fuels.

If it is successful, it will eclipse Dongtan, the 12.3km2 development being built by Arup in China, as the world’s most sustainable city.

Power for the Masdar will be generated by rooftop photovoltaic panels and a concentrating solar power plant. Transport within the site will be provided by a light rail system. There will be no cars within the development but there will be a fleet of driverless taxis running on raised tracks.

A desalination plant for water will run on solar power, and all waste will be composted and recycled for use.

The first phase of the development is due to be completed in 2009, with work starting on the project next month. The developer on the scheme is Future Energy Company, owned by the Abu Dhabi government.