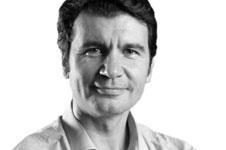 The UK-GBC has called for a ‘fundamentally new way’ for consumers to fund energy improvements for home owners. They should be able to realise energy saving straight away, the Council said.

The recommendation is one of five to be found in a report published today by the UK-GBC. The paper, “Low Carbon Existing Homes,” also suggested:

In an opinion piece published in our Green Gurus section, UK-GBC chief executive said industry could be forgiven for feeling a sense of déjà vu, but promised things were moving ahead.

“…Today’s report is a bit different and … I believe we can all feel a bit more optimistic this time around.”

The 500 organisations of the Energy Efficiency Partnership for Homes and 300 of the UK-GBC itself were among those involved.

King said that the Carbon Emissions Reduction Target (CERT) scheme was leading the way in the £3.5-6.5bn market.

Mark Johnson, London leader for sustainable development and head of London Warm Zone, which insulates homes across the capital for free or at a discounted rate, called the plan ‘ambitious and far reaching.’

“It is good to see it engages a range of partners and looks at wider issues related to skills and training.” But he also sounded a note of caution.

“There’s currently a lack of project managers; people who can get out there, take something, get hold of it and deliver it,” he said. “It’s a universal skill and there’s a shortage of it. Our focus also needs to be on quality project management and partnerships to ensure this plan happens.”

King also praised Building’s 99% Campaign and the Sustainability Channel’s role in fielding more than 60 responses to the UK-GBC’s consultation.

The domestic sector is responsible for 27% of the UK’s CO2 emissions.