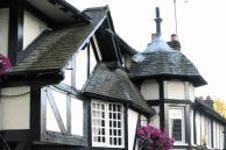 Prices dive 8.8% over the year but monthly rate of decline slows to 1.7%

House prices fell 8.8% over the past year to sink back down to the level of June 2006, according to new figures from the Halifax.

In its latest monthly house price index, the bank said that the average UK house price fell in July to £177,351, roughly the level it was two years and one month ago.

However, the monthly rate of house price decline has slowed, with a fall of 1.7% in July following the 1.9% fall in June and 2.5% fall in May.

The bank attributed the continuing price falls to pressure on incomes and the lending squeeze constraining house purchase activity. The number of mortgages approved to finance house purchase in the second quarter of 2008 was 60% lower than a year ago.

However, the Halifax said that the market is still underpinned by low interest rates and a solid employment market, with employment rising 413,000 over the past year to a record 29.6 million.